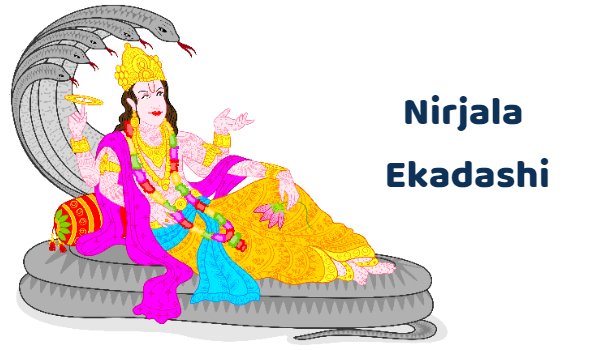 May 6, 2020September 23, 2022
by admin
in Health
Comment on Important facts to know about Nirjala Fast

It is said that eating food and drinking water are the two most important factors for human beings to live life, other than oxygen to breath Nirjala fast. But fasting has its own scientific vital importance and benefits in the life of a human being. Fasting without having food nor water, also called ‘dry fasting’ is even more beneficial as proved by since.

So Nirjala fast or fasting without having water is considered to be the most superior of all fasts. The term Nirjala is comprised of ‘Nir’ meaning no and ‘Jala’ meaning water. The Nirjala fast has been followed from ancient times in our countries by Sages and wise men because they were aware of the benefits it has on the human body.

If we observe, animals too abstain from eating or drinking water if they are not well, a process they follow spontaneously.

In India, the Hindus have many religious occasions in which abstaining from food or fasting and Nirjala fast is involved. The Ekadashi comes twice a month and observing Ekadashi means fasting for 24 hours and they are among the popular fasts which are observed by many devotees.

Ekadashi is the 11th day in the waxing Moon phase and the waning Moon phase. Among the 24 Ekadashis in a year, the Nirjala Ekadashi is one which holds prime importance and is advised to be followed by all the devotees.

In Nirjala Ekadashi, it is expected of a devotee to fast without having food or water for 24 hours completely, starting from early morning of Ekadashi to the morning of Dwadashi (12th. day), which is the next day.

Besides the religious meaning of observing the Nirjala fast on Nirjala Ekadashi there are scientific advantages for our body. The Moon’s magnetic power is known to affect the mind and water, the tides of the sea are proved it, in and around the full Moon and the New moon. The human body comprises of three fourth parts water (70%), therefore the Moon affects our body liquids too.

It is said that from the 11th.day of the waxing and waning moon phases, the magnetic pull of the Moon increases which slows down the digestive system of the body as there is less secretion of digestive juices from this day up to about 3/4 days post the Full Moon and New Moon. This may cause imbalanced digestion.

The fast on Ekadashi gives chance to cleanse the digestive system as we abstain from eating food and making the system work and gears it up for the next 10 days to function properly.

Fasting or abstaining from eating food helps to clean the body internally, which is very good for the body, Nirjala fast in which one abstains from drinking water too is considered an excellent method to detoxify the body. Normally we release toxins from our body through Urine, Bowels, sweating through the Skin etc.

But when we observe Nirjala fast or Nirjala Upavas, our intelligent body burns the toxins in each cell of our body thereby clearing the dirt from the cells. This process results in the body self-regenerating and more stem cells are released into the body which benefits our body. Since during Nirjala fast the old cells are released from the body, it creates the space for stem cells to settle in the vacant places.

It is said that observing Nirjala fast at regular intervals has powerful healing effects which can detoxify the body, increase longevity, slows down the ageing process making the face and body look young and glowing, it increases the frequency of the brain and helps to focus.

Nirjala Ekadashi or Bhimaseni-Nirjala Ekadashi is the 11th day of the Shukla Paksha or the bright fortnight of the month of Jyeshtha (May-June), as per the Hindu calendar.

The sun is in the sign of Taurus (Vrishabh) and Gemini (Mithun), This means that it is the peak of summer in India and the Summer Solstice is close to the Nirjala Ekadashi date. So for any devotee of Lord Vishnu, it is a daunting task to try to stay for 24 hrs without having a drop of water.

It is said that Lord Vishnu Himself had specified that observing the Nirjala Ekadashi, by abstaining from drinking water compensates for all the other Ekadashi if the devotee has not observed any of them.

Lord Vishnu himself is believed to have said that if Nirjala Ekadashi fast is observed by anyone without drinking water then the individual is considered. The Brahma-Vaivarta Purana has specifications of the

The Nirjala Ekadashi Vrat Vidhi were narrated by Srila Vyasadeva to Bhima, the younger Pandava brother of King Yudhishtira.